When the executives at Heartstrings Press wants to drop Michael Rothchild’s next romance book, junior editor, Dori Shephard, argues her way into working as the lead editor. But Dori’s dream job becomes her nightmare as she realizes Michael isn’t everything she imagined. Dori breaks the news to Michael that the executives think he’s an ill-mannered, washed up novelist and want to terminate his contract. Not wanting to be dropped from Heartstrings Press, Michael agrees to work with Dori for 30 days. While Dori wrestles with Michael’s languorous behavior she’s also in the midst of planning her wedding to her fiancé, Philip. However, things go awry for Dori when work becomes an obstacle in her relationship. Dori must learn what true love really means before it’s too late. 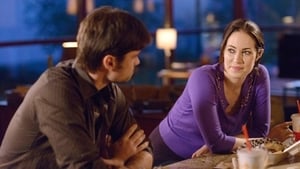